Piedmont, abutting the Italian Alps as well as France, offers up some of the noblest wines in the entire world, and almost entirely centered around the old regions of Alba and Asti. The king of the region is the Nebbiolo grape, which is the sole variety in the legendary Barolo and Barbaresco DOCG wines. Nebbiolo is known for being as aromatic and ethereal as Pinot Noir in Burgundy, yet even more finicky to grow and demanding of bottle age.

Being the so close to France and the home of the ancient Royal House of Savoy, Barolo and Barbaresco were long known as the wine of Kings and Queens. As a result, both communes are divided into crus that are well understood thanks to their long track records, and a French style hierarchy does informally exist here, with vineyards being known for their extraordinary superiority year after year. Regulation with regards to putting the name of the cru are as strict as in Burgundy to protect the extraordinary value of their reputations. Despite this reality, until the 1960’s it was fashionable to bottle blends of different crus rather than release single vineyard wines. The latter portion of the 20th century saw this practice change, and now only a few top producers maintain the older style of releasing not only a general Barolo or Barolo Riserva.

The rise of international esteem for Italian wine in the 20th century made these traditionally made Nebbiolo highly desirable; not only could the best age for many decades, but when made in the old style, absolutely had to. Traditionally, with its thin skin and light colour, Nebbiolo was given a long maceration and extended time in large oak botte that added little oak flavour. The resulting wine was highly tannic, and frequently closed down for a decade or two. International attention drove some producers in the 1980s to adjust their methods to produce wines that could age, but didn't have to (at least not as long). The Piedmontese are nothing if not purists, and the so-called 'Barolo Wars' were dramatic, and personal. Today there is considerable balance among producers and the bad blood has mellowed. Some estates, like Bartolo Mascarello still bottle only Barolo and Barolo Riserva and make their wine using the most traditional methods of large botte, and long maceration. Other traditionally minded producers include Giacomo Conterno, who’s Francia and Monfortino are regarded as some of the greatest in the world. Cappellano is a fiercely independent house, who did not allow critics to use numerical scores on their wine.

In Barbaresco the two great pillars are the traditionalist Bruno Giacosa and Angelo Gaja. Gaja was not only partly responsible for bringing Barbaresco to international attention but also for pushing the area into the modern age. Gaja employed more refined, technologically advanced winemaking methods and made some of his greatest wines outside of the DOC/G system as Vin da Tavola and later IGT. While the small cult wineries of Piemonte demand high prices and sterling reputations, it is also home to one of the world’s great wine cooperatives, the Produttori del Barbaresco. Produttori produces draws on the grapes from nearly a hundred family growers and produces a single normale wine every year, and in great years nine single vineyard bottlings that offer an affordable window into the finest crus of Barbaresco.

While there are too many fine producers to count in Piemonte, some other fine examples include the more modernist Aldo Conterno, Elio Altare, and Bruno Rocca, and the traditionally minded Brovia, Rinaldi, and Oddero. Larger producers with stalwart reputations include Vajra, Vietti, and Pio Cesare, who produce more affordable Barolo, as well as popular Barbera and Dolcetto wines.

Barolo and Barbaresco are not the only two DOCG wines made from Nebbiolo. Smaller quantities of highly regarded DOCG wine is also grown Ghemme, Gattinara, and Carema regions, each offering stylistic variations. Piedmont produces the largest volume of quality DOC and DOCG wines it Italy but it’s not all Nebbiolo. Dolcetto di Dogliani and Barbera d’Asti, which are exceptionally well loved red DOCG wines, are to be enjoyed young. Both are regarded as penultimate ‘Pizza’ wines thanks to how well they pair with tomato sauces and pastas. For dry white wines Gavi is produced in an approachable everyday style, drunk young and suitable for casual meals, while the Roero region is well known for its white Arneis, and is a DOCG in its own right. Two well known sweet wines have DOCG status here, Brachetto d'Acqui is a sweet and slightly fizzy red wine grown in the Asti region but bettern known from Asti is the world famous Moscato d’Asti, a DOCG white wine that is sweet and sparkling and typically enjoyed as an aperitif or with dessert.

As in Burgundy, the wine in Piedmont can be highly vintage sensitive and unfortunately it can be difficult to make generalizations given the highly distinctive micro climates that exist in Piedmont. Some vineyards do well in cool years and some in hot, while in cool, wet years the warmer, drier Barbaresco tends to do better than Barolo due to the moderating influence of the River Tanaro. That said, 2010 was considered one of the greatest in Barolo and many remarked that it was hard to make a bad wine that year. The best will age for decades and decades. 2006 and 2001 are also very highly thought of vintages in both Barolo and Barbaresco with very long lives ahead, while 2002 was considered a disaster due to ruinous hail causing many producers to release no wine that year. 2003 was an historically hot year in western Europe, and only wines from the coolest sites should be considered. 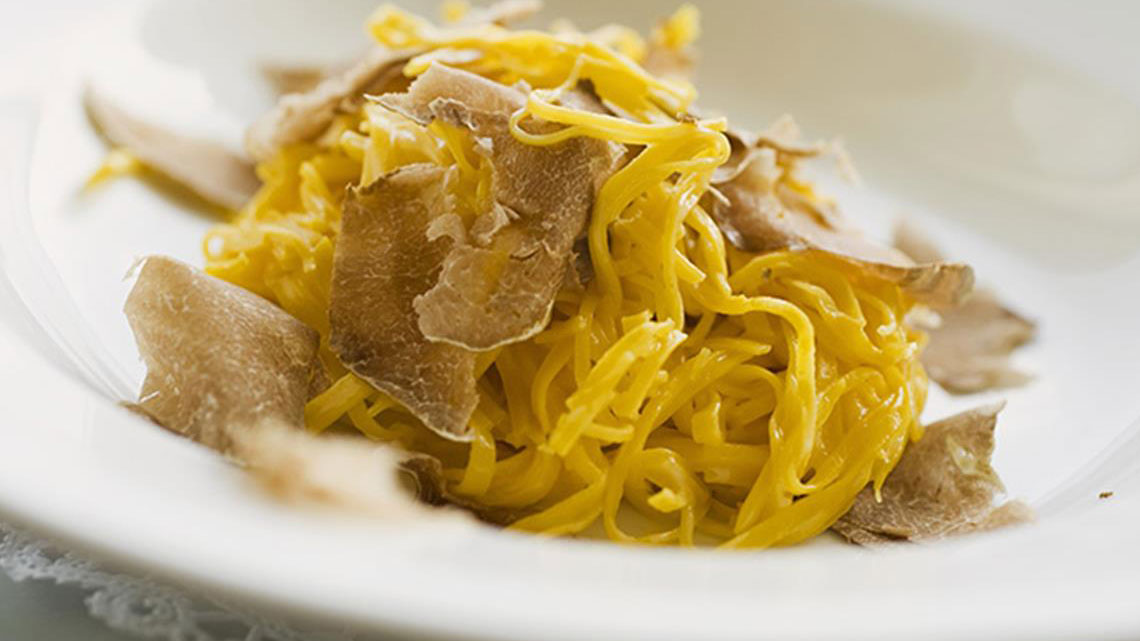 With such glorious wines, the best food pairings tend to be simple. Nebbiolo based wines are legendary for their ability to pair with white truffle based dishes and even the finest restaurant will often provide a simple Spaghetti with olive oil and shaved white truffles. Truffles are a highly sought after seasonal delicacy with a pungent aroma, and very short shelf life. Barolo can also pair nicely with a simply prepared but quality cut of Steak, or a risotto made with local cheese like Gorgonzola or Tallegio. Every day wines like Dolcetto and Barbera, go great with most hearty foods and pizzas.